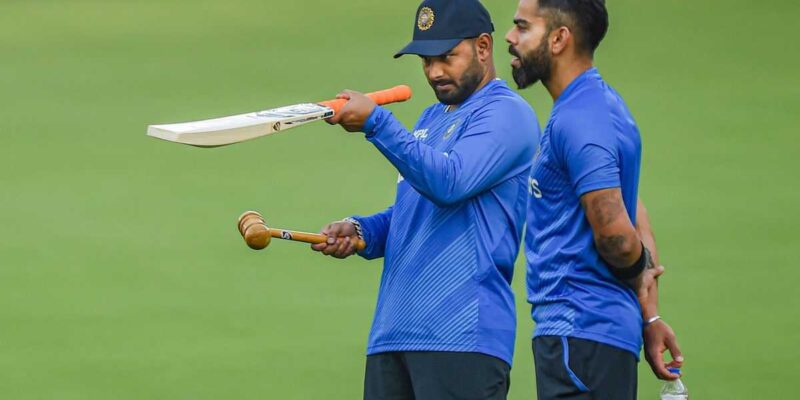 In our country, Sachin Tendulkar is the God, and cricket is nothing short of a religion. It perfectly captures the madness of Indian cricket. The most famous cricket team worldwide is the Indian national team. Even if India plays England or Australia in England or Australia, respectively, 70% of the audience will support India. This has made Sachin been very famous in Indian team latest news.

We relive some of the most gratifying victories that every Indian has experienced and is filled with pride. Here are the 11 best winning moments in Indian cricket;

India’s most challenging issue has been winning Tests away from home. When Tiger Pataudi, the legendary skipper, led his team to a 5 wicket victory over Graham Dowling’s New Zealand at Dunedin in 1968, he accomplished precisely that. It was the most glorious moment for Indian cricket.

The off-spinner Erapalli Prasanna, who had a sharp intellect and a bag of tricks, helped India win the Test by taking six wickets for 94 runs in the second innings of New Zealand. Ajit Wadekar, a brilliant southpaw, helped India attain its goal of 200 runs with a precious 71, which followed an 80-run first inning.

India made history in 1971 under the direction of Ajit Wadekar when they defeated England 1-0 in a three-Test series to win their first-ever series in England.

The series served as one of the team’s stepping stones to shed their reputation as underdogs and rise to the top of the cricketing world.

On June 25, 1983, a match was played that changed the course of Indian cricket. The location was Lord’s, the legendary cricket stadium where Kapil Dev led India to its maiden world championship victory, making history.

India reached its goal of 183 runs thanks to the 38 runs scored by K. Srikkanth and the 26 runs scored by Mohinder Amarnath. Amarnath’s all-around performance of 3/12, Madan Lal’s 3/21, and Kapil Dev’s iconic catch of Sir Viv Richards (the game-changing play) all contributed to India’s victory in the world cup.

Australia hosted the World Championship of Cricket to mark the 150th anniversary of European settlement in Victoria.

India won the 1985 World Series of Cricket in Australia thanks to the outstanding all-around play of Ravi Shastri, who led his team to an overwhelming victory over Pakistan by an eight-wicket margin. India won every game of the World Series, which was unexpected but caught everyone off guard.

The greatest batsman in history and the best spinner in history faced up in this series: Sachin Tendulkar vs Shane Warne. However, Tendulkar destroyed the Australian, hitting 143 to advance India to the Coca-Cola Cup final. And to show that it wasn’t a fluke, he scored 134 when India defeated Australia in the final two days later.

Australia had won the first Test in Mumbai and was poised to repeat the feat in Kolkata. In Kolkata, Australia had scored a staggering 445 runs in the first innings. India’s situation worsened when they continued to play after being all out for 171. At that point, VVS Laxman (281) and Rahul Dravid (180) put up a 376-run stand that completely changed the course of the game. Harbhajan Singh’s exploits helped India win on the final day, and they went on to win the series 3-1.

When India proceeded to the Natwest Trophy final. England scored a whopping 326 runs in the final, setting a record. India was 146/5 after the response, but Mohammad Kaif and Yuvraj Singh played outstanding cricket to help India win the match and the championship.

Ganguly removed his shirt in front of onlookers to celebrate India’s victory and waved it around.

Some believe Rahul Dravid’s famous inning earned him the moniker “The Wall.” He single-handedly defeated the Australian attack, scoring a magnificent double-hundred in the first innings and a valiant 70 not out in the second innings to lead India to victory. We also should remember the spell bowled by Ajit Agarkar in the second innings that restricted Australia to less than 200 runs.

For the first time in 15 years, India was touring Pakistan, and the cricket team was being viewed as a peace ambassador. India defeated Pakistan 3-2 in the ODI series and then 2-1 in the Test series, but their performance was anything but tranquil. Virender Sehwag’s scorching 309 during the series won him the nickname “The Sultan of Multan” and is widely remembered.

Similar to the 1983 World Cup, India was still waiting to be able to complete this challenge. The Indian team’s young captain for the inaugural World T20 in South Africa was named MS Dhoni. However, India was a formidable opponent as they stomped their way to the championship game. India’s victory over Pakistan in the championship match made it much more special.

How was Sachin Tendulkar able to complete his cricket career without a World Cup? Dhoni’s Team, India, played a historic World Cup at home, and they won the trophy 28 years after Kapil’s Devils had made history in England. India quickly lost their two most important players, Virender Sehwag and Sachin Tendulkar, while attempting to chase down 275 runs to win the coveted cup. Before Virat Kohli’s departure, Gautam Gambhir and the latter shared an 83-run stand. In the batting order, Dhoni moved up and joined Gambhir in the chase. No fan of Indian cricket can ever forget Dhoni’s huge six that gave India the victory over Lanka.

India’s independence got declared 75 years ago. Despite the country’s many ups and downs over the past seven and a half decades, cricket in India has just flourished. There are several other iconic moments in Indian Cricket history. However, these winning moments marked something where everyone underestimated India, and they proved victorious.

Know all about cricket news and updates at CBTF news.

Get the fastest cricket news update at https://cbtfspeednews.com/.

Know all about cricket betting and updates at CBTF betting.

Get the updated expert betting tips at https://cricketbettingtipsfree.com/

Checkout our videos to get the latest updates about cricket and betting tips, and casino tips to win big with expert opinions at https://www.cbtfmytube.com/.